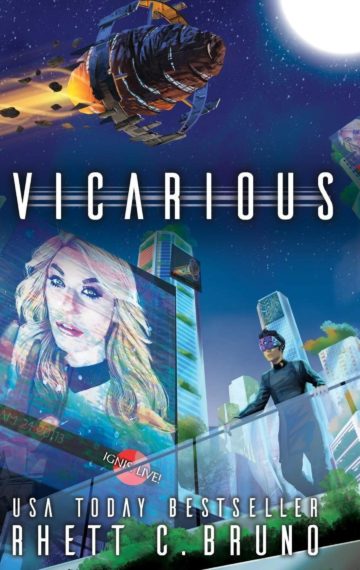 Listen to a sample
Buy Now!Read A Sample

In High Earth, entertainment is everything. Virtual worlds, hyper-realistic simulations, endless streamable content–there’s something for everybody. You don’t ever have to leave your home. Even working is optional.

For Asher Reinhart, nothing compares to Ignis: Live, a reality show that pushes human beings to their very extremes. As a volunteer director, he closely monitors the lives of those living on an Interstellar Ark who wrongly believe they’re the last of humanity searching for a new Earth.

Mission is the show’s brightest young star. Born in hiding, her intelligence and near-perfect genetics have allowed her to rise up the Ignis ranks faster than any before her. But now that it’s her turn to provide for the Ark, everything changes…

With Mission’s life placed in danger in order to boost ratings, Asher must choose between protecting the show he’s dedicated his life to, or the woman who has been the focus of his attention since the day he was born.

Vicarious (adjective):Experienced in the imagination through the feelings or actions of another person.

Ready Player One meets The Truman Show with a dash of Ready Player One in this science fiction story about the power of human connection, from USA Today Bestselling and Nebula Award-Nominated author Rhett C. Bruno. It’s perfect for fans of Hugh Howey, Kim Stanley Robinson, and Kass Morgan.